IDEAS BEHIND THE BOOK

At the top of a tree

Ideas for The Secret Keeper began to percolate years ago, and a half-finished version of Chapter One sat in an old notebook for ages before I finally started work on the book officially. I’d long carried the stubborn image in my mind of a teenage girl at the top of a tree – it was a warm, summer afternoon, the scene infused with the potency of its adolescent narrator – and I knew that the idyllic picture would be shattered by something shocking–

I just wasn’t sure what that something would be. I tried to force that girl into other books, but she was uncooperative and it seems that she knew better than I that she did not belong in them.

Bringing the Blitz to life

In 2008, my family and I went to live in London for three months. London is a special city for me: there, more than anywhere else, I feel conscious of the past brushing against me. I’ve always been fascinated by the Second World War, in particular life on the Home Front, and I arranged to meet a guide who walked me around central London on a bitter cold November day and brought the Blitz to life. Once I discovered my wartime character, Dorothy, I finally knew what it was that her daughter would witness on that summer’s day, twenty years later.

Blending past and present storylines in order to tell a complete narrative is one of my favourite ways to write. I don’t see time in a linear fashion. I believe that the past is always with us — as memories, but also as influences that inform our behavior in the present and the decisions that we make with respect to the future. Making sure various storylines and character points-of-view weave together in a logical and interesting way can be mind-bending; but, when it works, it’s very satisfying and, I think, an organic way to tell a story, like that in The Secret Keeper, which belongs to an entire family.

Interview: Kate in conversation with Culture Street about The Secret Keeper 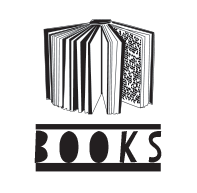 Signs of the Blitz are still around if you know where to look: whilst researching The Secret Keeper, Kate discovered a faded shelter sign on the brick wall of a house in Mayfair, and visited the eerie Aldwych tube station, sealed up and frozen in time since World War II.

Interview: Kate in conversation with Waterstones about The Secret Keeper

Any cookies that may not be particularly necessary for the website to function and is used specifically to collect user personal data via analytics, ads, other embedded contents are termed as non-necessary cookies. It is mandatory to procure user consent prior to running these cookies on your website.